Location of Value: (in) our happiness, we are the tail of Europe. When peripheral location protects us! 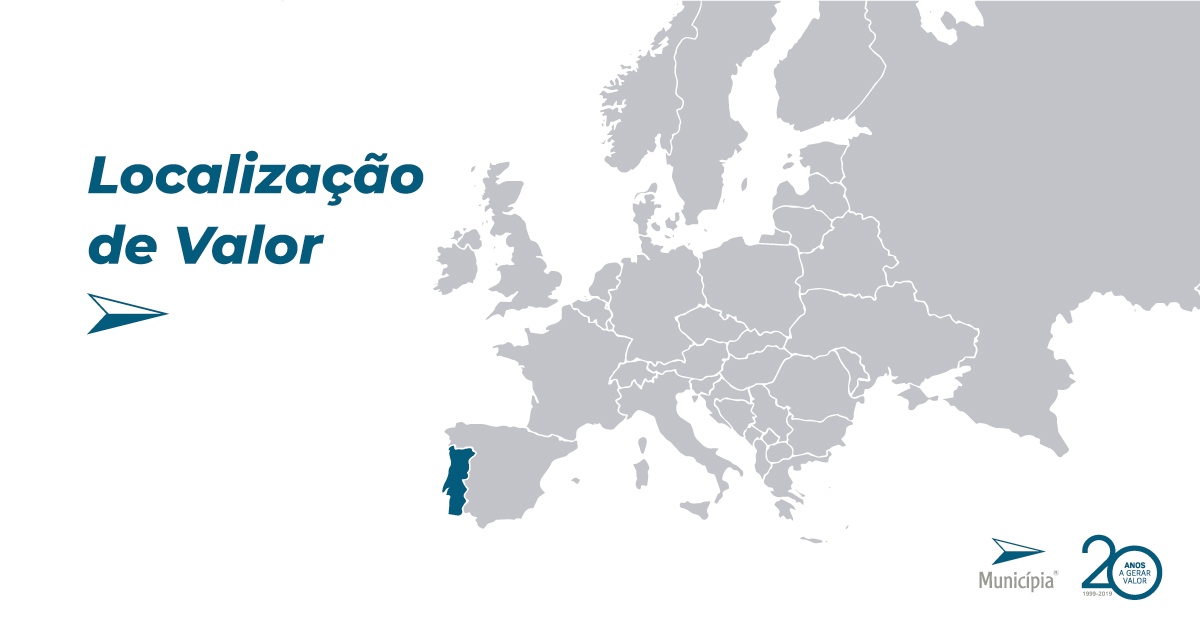 17 Apr Location of Value: (in) our happiness, we are the tail of Europe. When peripheral location protects us!

Posted at 19:38h in Highlights by Cátia Jorge
Share

(this reflection could be about Covid19, but it is not!)

In the geographic sciences, location is the starting point for understanding any phenomenon, be it natural, human, in an urban or rural context. When we think about a phenomenon, global or local, where is the restlessness imposed?

Where it is happening, where it happened, where it can happen.

Here is the location we have as our absolute, ours and the phenomena that happen there. There is our location in relation to the phenomena of others, Where? There… but what about when there becomes here? Confused?!

Portugal’s location in the context of the European continent has always been assumed to be peripheral vis-à-vis Europe’s political and economic center. Having your land border with Spain established since 1297 by the Treaty of Alcanizes, leaving or arriving in Portugal by land, assume from the outset to take stock to cross the Pyrenees!

The European and peninsular periphery did not allow Portugal to be present on the main platforms for the circulation of people and goods, between the World and Europe. And in this case, thankfully!

Our peripheral location has been proving to be one of the protective factors in this epidemic war, which, not being warlike, knows no political borders or sovereign states, and therefore affects everyone equally.

Portugal’s location has become a valuable condition in fighting the pandemic. Being peripheral, the pandemic came later and in moderation. The delayed arrival of the phenomenon has allowed for greater preparation on the part of the population and the State, which in the maximum exercise of its function, has the duty to protect its own. Like? Right away, closing borders!

When, in 1297, D. Dinis established the land borders of the country, he established the limits of his territory and the protection of his people against the enemy in an eventual war, that war, yes. In 2020, affirming the borders, closing them, again became the resource to protect the country, in its remote location.

Thus, our location, where it is important to stay as a protection measure, has literally become vital. Our latitude and longitude, define the point where we must stay to protect ourselves. We now know, one month after the implementation of measures to restrict the spread of the pandemic, that staying has become a safe place.

Staying, goes against history and human nature itself. In the face of threat and war, the perception of insecurity has traditionally intensified population movements, motivating the departure from repulsive areas to seek shelter in safe areas.

Wartime migrations are a survival strategy in the face of the real threat of an identified enemy. In this case, the enemy enjoys invisibility, and leaving is not an option to stay. Fighting in this war implies staying and maintaining the position, the individual coordinates for a collective effort, absolutely.

How do people move now? What new everyday territories have emerged in this epidemic war? Almost in a mirror!

Migrations now have another configuration, commuting from home-work-home, now to being home-home-home. The house is today the new space for work, study and leisure. We returned home. We take many of us to the territories, once dormitories of the financial and commercial centers.

And would our neighborhoods be prepared to receive us full time, producing more solid urban waste, for example? Leaving more garbage on the streets, putting pressure on the urban hygiene system, for example? Google helps! 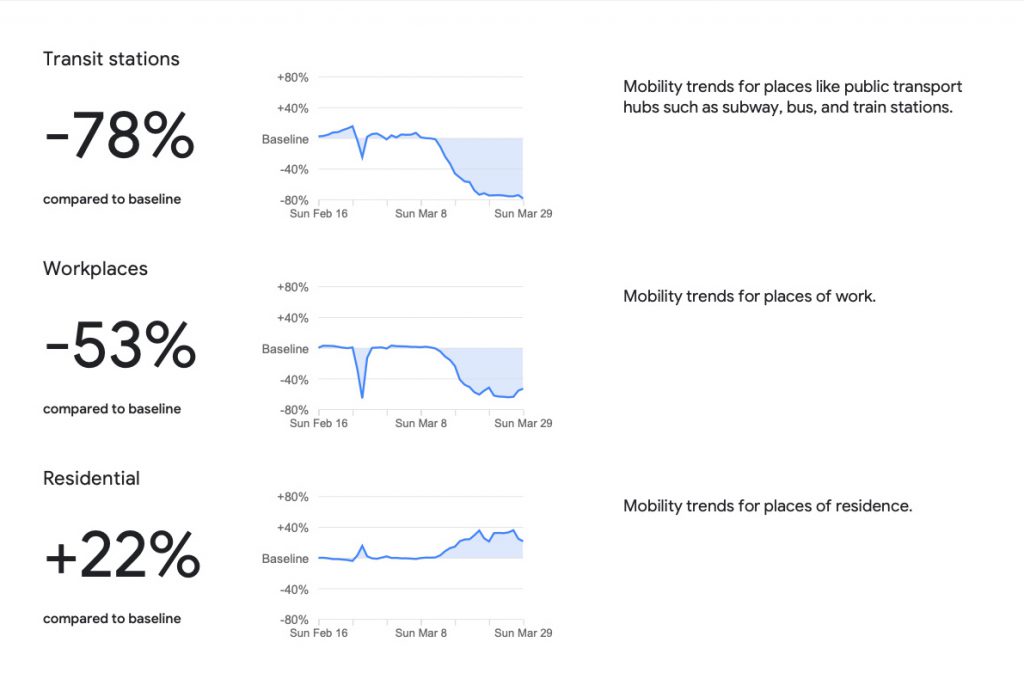 Using the location of smartphone users, Google produced the COVID-19 Community Mobility Report to assist authorities in scaling the need for resources / responses according to people’s location and travel patterns.

The modeling of anonymized data on the location and displacement of people allows mapping the phenomenon, creating scenarios and, with that, defining strategies to prevent, reinforce and combat the pandemic. At the same time, the analysis of this information makes it possible to evaluate the governmental measures adopted, especially regarding the restriction of mobility and confinement of the population.

In the Portuguese context, we now know that leisure travel has fallen by 83%. In terms of trade in basic necessities (grocery and pharmacy), the fall was 59%, in the use of public transport there was a fall of approximately 80%.

What do these figures tell us? That we are at home, that we work and study at home. And that the neighborhood has become a leisure destination, with an increase of 22% in terms of people’s travel.

We have become residents with greater local consumption, but our location is also decisive for us to know how many we are and where we are. Measuring the pressure on the territory is essential to measure the response of services to the new daily reality, for example, there is garbage that is no longer made there, in the workplace or study. Individuals and families have been adapting, but the local government certainly does too!